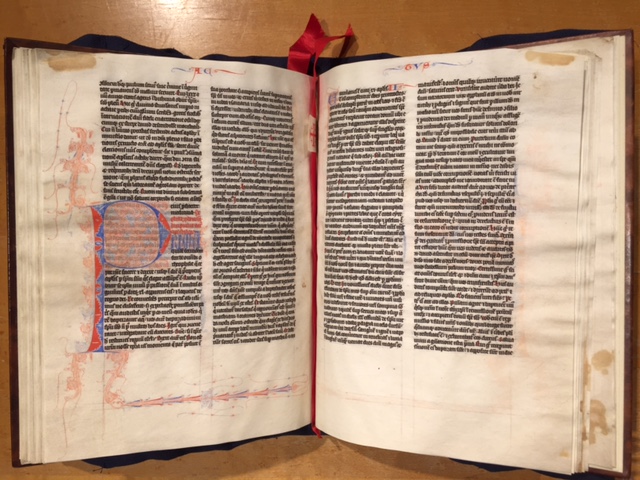 Craig Codex—manuscripts of the Gospels, the Acts of Apostles, and the Epistles of Saint Paul scribed upon 70 vellum leaves in handmade ink, featuring 64 red and blue illuminated capitals, created at the Benedictine abbey of Saint-Bertin in Saint Omer, France in 1228.

The Sir John and Mary Craig Scripture Collection consists of more than 2,000 cataloged items, including a collection of Bibles (Old and New Testament) and religious texts from Christian, Jewish and Muslim traditions, which date from the 12th Century. Also included are original illuminated manuscripts from the 12th Century up to the 16th century, several original leaves from early printing processes (particularly scripture from the bible), and original oversized illuminated manuscript scores on parchment dating from the 16th century.

The Sir John and Mary Craig Scripture Collection consists of more than 2,000 cataloged items. Notable among them are the following objects which are unique to our collection: