De Paul Library Special Collections is currently working to digitize alumni memorabilia, photographs, and published work in preparation for the University of Saint Mary’s 100th Anniversary in 2023. This project provides access to the collections digitally for the creation of the university’s anniversary projects and provides longevity, security, and sustainable preservation for the fragile, original material. 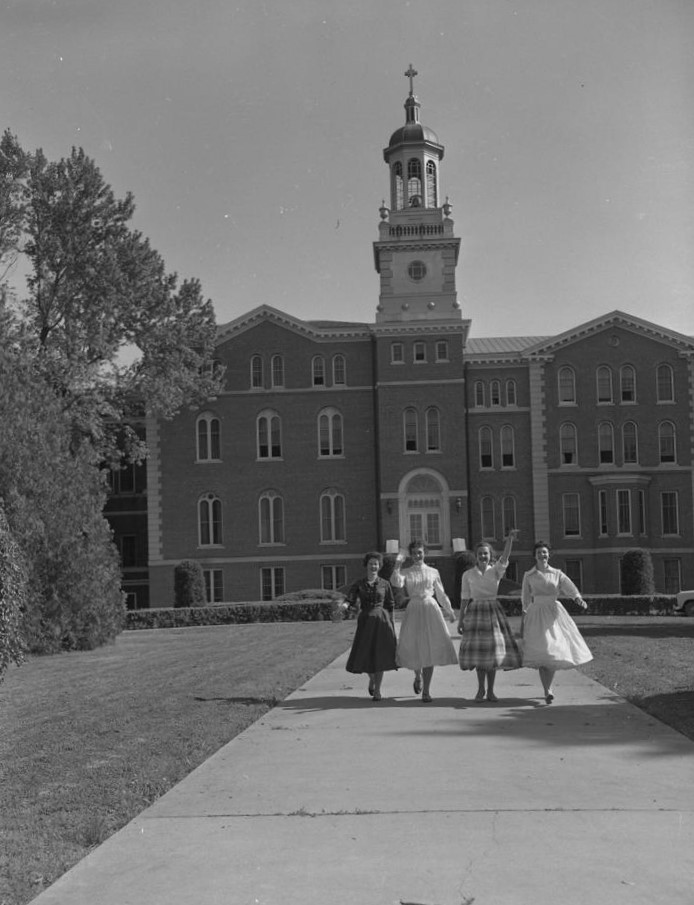 The Sisters of Charity of Saint Vincent de Paul came to Leavenworth, Kansas in 1858 and began teaching boys and girls. In 1859, they created St. Mary's Institute, a small educational institute for women in downtown Leavenworth. In 1870, Saint Mary's was moved to its current location and was renamed St. Mary's Academy. In 1923, the Sisters established Saint Mary College. In 1932, the college became a four-year institute and started accepting a few men in certain areas of study. The school became residentially coeducational in 1988. In 2000, a campus was opened in Overland Park, Kansas. The institution expanded again in July 2003, changing its name to the University of Saint Mary.

If you are a USM alumni or family member of an alum and have University-related items that you wish to donate to our collection, please complete this form and our Special Collections librarian will be in touch with you!